Home > About > Our Story

People always ask me how I Support the Girls began. Honestly, it was totally serendipitous. I became an accidental activist in this space.

In 2015, I had a year of revised healthy mind/body focus. I dropped a considerable amount of weight by working out with friends, and eating healthy fun meals with my family. I expected some life changes, but not that everything would change in size. They don’t tell you on the packages of steamed vegetables that you should prepare for your bra size to decrease.

After some loose straps getting in the way, I went to get fitted properly at a bra store. I asked the store clerk if she had any donation suggestions as to what I could do with my dozen or more used bras that didn’t fit, but were still wearable. I had never thought about that. On my way home, I called a contact at a local D.C. shelter who confirmed this and mentioned that women experiencing homelessness also need menstrual hygiene products. Bras and hygiene products are the most requested but least donated items.

It gave me the idea that I’m probably not the only who wedges their older bras to the back corner of their bra drawer. Right?

I wanted to make sure no woman could do without menstrual products or a bra at any point of need in her life. Dignity is dignity.

A Movement Is Born

That evening I got on Facebook and posted this:

I asked friends to go to their top dresser drawer, find bras they never wear and let me donate them. And while you’re at it, I said, next time you’re at the pharmacy or grocery store and see a “buy one get one” for maxi pads – pick up an extra package and toss it in the donation. I asked my friends, who asked their friends, who asked their friends.

And it took off. The post was shared hundreds of times. Boxes from as far away as France, Hong Kong and the UK, were delivered to my house. Breast cancer survivors who’d endured double mastectomies sent bags of their old bras. I got packages from men whose wives had passed away, women who’d lost their mothers, and so on.

In less than 2 weeks, I packaged over 7,000 products and delivered them to the homeless shelter in D.C.

But I didn’t stop there. I established a nonprofit dedicated to restoring dignity to girls and women experiencing homelessness by providing them with the basic necessities they lacked access to.

“I thought it was just another Facebook post from my friend Dana. Ya know, her latest fashion statement, a picture of the kids having fun or maybe a post related to disability inclusion. But this one was different… Dana was asking her friends for used bras she would distribute to homeless women. I’m glad I didn’t just keep scrolling. Instead I went to my dresser, found bras in good condition I was no longer using and brought them to Dana’s house.

I’ve been watching on Facebook what that first donation drive has grown into and all I can say is: AMAZING!” 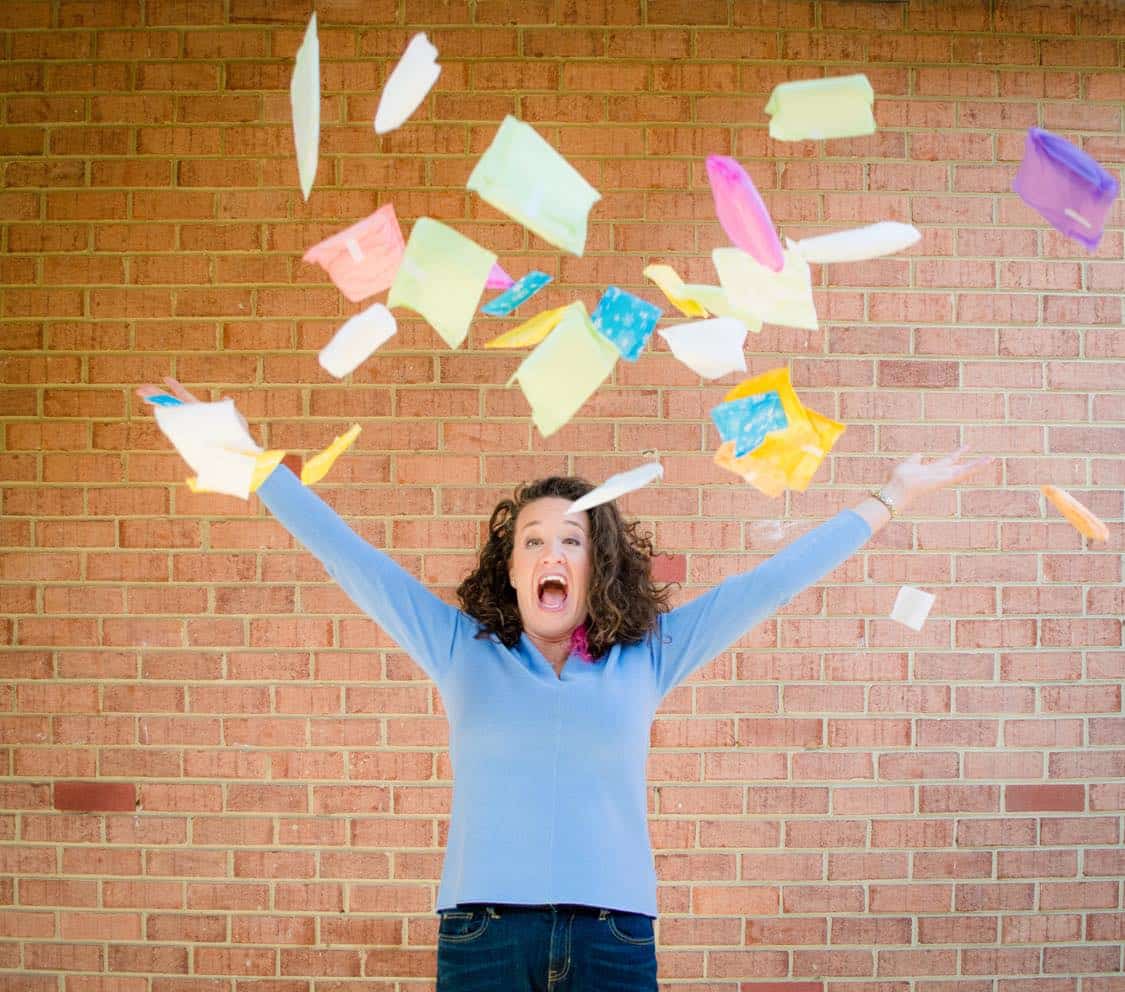 People with disabilities are often some of the most invisible, marginalized populations overlooked by mainstream society. Among that demographic, I wanted my workplace advocacy to transcend into a new network: low income women and women experiencing homelessness.

Breaking down taboos and stereotypes has been part of what I’ve been doing for 20 years. This is another important population.

With I Support the Girls, we’ve been talking non-stop. It is a conversation that has flourished across the United States and now, even globally. Our vast network of volunteers stands up for women by donating the bras and menstrual hygiene products to promote a more healthy and dignified lifestyle.

With the tremendous supply of these products and the high demand, it felt right to marry the two.

In just over 7 years, I’ve built out an infrastructure with an amazing team of dedicated individuals. I Support the Girls has created a national clearing house to encourage affiliates to collect locally and distribute locally in their communities.